Earlier this week, many of the Northern California CAMEO members attended the SBA for it’s annual Resource Partner’s Meeting. It was great to see so many familiar faces and meet some of the new people who have connected to the network. A lot of time was spent networking, but the SBA presented two great resources that have come out of the San Francisco District Office.

Technology plays a central role in how businesses today start, operate and grow. Yet the latest research shows that more than half do not have a website, measure the results of their marketing or have a social media account. Only about half use digital tools to help with their business accounting. Your clients need to understand tech to be competitive. Take advantage of the Small Business Technology Coalition and have them help you educate your clients.

When it was time for attendee input, one issue that was brought up was how the sector could help cannabis businesses, as federal funds are not able to be used for that sector. Have you been approached to offer business assistance? Are you able to offer them services? Why? Why not? We’re interested in your feedback.

And last but not least, the SBA honored Claudia for her long service to the micro sector (see photo)! 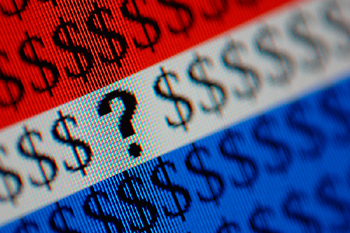 Earlier this week two appropriations subcommittees meant and gave a first pass on budget numbers. What we know:

The good news: The Microloan allocation reflects CAMEO’s budget request.
The Mixed News: The $190 million is $176 million more than the President’s budget, but $60 million less than FY 2017, but we believe that we have support in the Senate for the $250 million.

The CDFI budget numbers are a sure call to action.

Thank you for your continued support of CAMEO’s advocacy for entrepreneurs and microbusiness in California. Email us to tell us about your meetings!

Healthcare Update from last week: On Tuesday, Senate Majority Leader Mitch McConnell postponed the vote on health care. CNN has an easily digestible explanation of where it goes from here – “Senate health care plan: What happens now?” AEO has a summary of what the draft Senate bill does, which is sure to change if it is to pass.

And not to be left out: SB 562, a bill that would have created California’s single-payer health care system was shelved for the rest of the year.

Member in the News: Cutting Edge Capital’s Vice President Brian Beckon compellingly breaks down community capital on Method to the Madness with Lisa Kiefer, a weekly show that showcases the innovative spirit of the Bay Area.

For Your Clients:The Census Business Builder is an easy to use, mobile-optimized tool that provides access to selected demographic and economic data from the U.S. Census Bureau tailored to business owners and regional planners.

For Your Clients:Our colleagues at Small Business Majority are hosting the following webinars starting on July 12, 2017: Access to Capital 101: Funding Options to Start and Grow Your Business (in English and Spanish) and Money Now, Money Later: The ABCs of Financing Your Small Business and Building Your Retirement

Open for business: GrantAdvisor, a Yelp! for grant makers is now open for you to hare your experiences or working with a foundation.

Grant Opportunity: The USDA is seeking applications for technical assistance and training grants in the Community Facilities program. Learn more from the Federal Register Notice. The deadline is July 24, 2017.

New Report: SBA Office of Advocacy has a new report – “Women’s Business Ownership: Data from the 2012 Survey of Business Owners” – that shows the major economic contribution of women-owned businesses, in spite of their average smaller size when compared to male-owned firms.

New Report: WIPP and American University’s Kogod Tax Policy Center released “Billion Dollar Blind Spot: How the U.S. Tax Code’s Small Business Expenditures Impact Women Business Owners.” Women business owners are missing out on key tax provisions and can’t take full advantage of $255+ billion in tax incentives designed to stimulate small business growth, access to capital and investment because of how they are legally organized and the industries they are in.