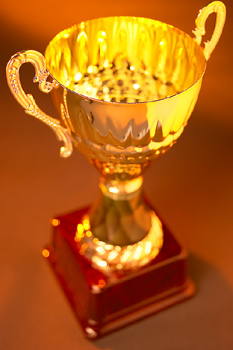 Thanks to all of the organizations who submitted nominations – the number and the quality of businesses nominated speaks to the great work of our members. After much deliberation, we are so excited to announce this year’s Faces of Entrepreneurship winners. Send a big congratulations to:

We’ll be hearing more about them in the weeks to come. Award winners are selected based on type of business, region, demonstrated growth and job creation, and contributions to their community.

Register for our Annual Member Meeting and Advocacy Day in Sacramento on June 7, 2017 and take advantage of the early bird price of $125 until May 15.

And book your room! More information about the program and lodging is on the Annual Member Meeting webpage.

From Claudia, who spent last week in DC…

Last week, Ms. CAMEO made inroads into new territory on behalf of our Micro sector, meeting with staff of Republican leadership, and creating new relationships that can benefit us in this new administration.

The Department of Labor (DOL) and the House Labor and Workforce Committee have great interest in the growing trends towards self-employment and the use of on-demand or gig platforms, and what this means for the US workforce. DOL still has not settled on how to measure success in entrepreneurship training, and CAMEO will persist in helping them develop workable metrics. Hey, it has only taken us eight years to get this far!

I was glad to hear in our meeting with senior staff at The CDFI Fund that the just-approved budget put an additional $16 million into the Fund, something for which we heavily advocated. In addition, we continue to push for more funding for small and micro business lending, especially in California, with our huge market of small businesses in LMI areas. We were told that the fund will be making more and smaller awards to grantees as they want to reward “innovation, not just large balance sheets.” This could potentially benefit CAMEO’s CDFI members because so many are smaller lenders serving hard-to-reach populations. Also $3 million was set aside for loans to disabled business owners, a new program.

I met with top officials in Treasury who expressed enthusiasm for assisting women entrepreneurs. The Domestic Policy Council’s new Director of Urban Affairs and Community Development, Ja’ron Smith, showed interest in our work. We need to find an opportunity to bring him to California.

A brief meeting with HUD revealed that Secretary Carson intends to do away with CDBG and reallocate these funds from block grants to direct grant programs. This could potentially benefit some of our members who have lost CDBG funding to other “infrastructure” needs in their municipalities, but it is hard to know at this time. CAMEO will monitor this issue and keep you informed.

Intuit has been a great partner for CAMEO and they have agreed to co-host another symposium on the New Era Workforce of Self-Employed Entrepreneurs in Washington, DC geared towards legislative, DOL, and SBA staff. We are looking at presenting this in the Fall.

We are fairly pleased with the outcomes in the 2017-18 Budget where most of our programs were increased or saved from extinction. While the USDA’s Value Added Producer grants were increased by $5 million, the Rural Development Business Grants remained flat, and RMAP was zeroed out. Given the current challenges in DC, our advocacy is definitely having a positive effect…as we keep on keepin on. While the office was a little distracted by the news of the day, Sean was forthcoming and had an open ear. What he asked from us are stories from Republican districts of how the funds are used. So, I need your stories! Senator Feinstein is especially interested in CDBG funds because she remembers how important they work to economic development when she was the mayor of San Francisco. Email me how funds were used, and give specific stories of business that have benefited.

A letter is circulating in the Senate to support the $250 million for the CDFI fund and we are excited to report that the Senator has signed on! Fax her from your computer for free to express your thanks!

Governor Brown’s May revise budget was released this week. It includes $2 million for the SBDC program. CAMEO joined Small Business California, Small Business Majority and a whole host of other small business advocates to support this effort. The coalition pushed hard, so we are pleased with the result, despite the small amount.

The state launched new Jump Start program which will make direct loans of $500-$10,000 to micro business owners that need financing to get them to the next milestone and continue on a path toward success. The program is administered by the California Infrastructure and Economic Development Bank (IBank) within GO-Biz and is limited to working through the Finance Development Corporations. Several CAMEO member CDFI/FDCs are participating in the program.

Did you know California has the world’s 6th largest economy? The Assembly Committee on Jobs, Economic Development, and the Economy published California Economy Fast Facts

Take Action: Small Business Majority has a campaign to bolster youth employment. Take their pledge to help create educational and training opportunities for California’s Youth. The youth unemployment rate for 16-to-24-year-olds in California is 20.2%-the third-highest rate in the country. Your businesses can help. They are holding a webinar, “How CA Small Businesses Can Create Work-Based Learning Opportunities for Local Youth” on May 18, 2017 from 11:00am to 12:00pm.

SB 551 (Hueso): The bill, with specific exceptions, would prohibit the authority from recapturing its contribution from a loss reserve account unless the balance remaining in that loss reserve account following recapture is greater than 20% of the total amount in the account. The bill is moving – it passed out of the Senate and now heads to the Assembly.

AB 778 (Caballero): Will re-instate the COIN program to allow tax credits for investments in CDFIs. The bill passed out of committees and is now in the Assembly Appropriations Committee.

AB 784 (Dababneh): This bill is a compromise bill along with AB 1109 that will put an interest rate cap on loans $2,500 – $5,000. Earlier this week it was put on the Appropriations Committee suspense file, which means is a no-go.

New Report: Aspen’s FIELD Institute released “The Promise of Shared Platforms for the Microenterprise Industry.” The three reports look at how advancing technology can help organizations increase the impact of their work by delivering financial and technical support to micro and small businesses more efficiently. CAMEO is featured on page 16 of the report targeted to funders for our work with the MMS platform!

Professional Development: Nominations for the California Association of Nonprofits (CalNonprofits) Board of Directors are officially open for the 2017 election. As part of CalNonprofits’ commitment to democracy in our society and in our membership, two thirds of board members are elected by members. Nominations will be accepted through May 15, 2017.

Funding Opportunity: Round four of Wells Fargo’s Diverse Community Capital (DCC) Program is open. Launched in late 2015, the nationwide initiative to invest in CDFIs serving diverse small businesses makes available $50 million in lending capital and $25 million in grant capital to be dispersed over three years. In addition to financial capital, the program provides a social capital program to increase the capacity of participating CDFIs to lend to diverse small businesses. The capacity building component includes a knowledge network, consulting, and other collaborative efforts. Interest forms are due May 19.

Free Webinar: Join CFED and their partners for “At the Expense of Consumer Financial Safety: How the Financial CHOICE Act Would Leave Consumers in Harm’s Way” on May 23, 2017 from 11:am-12:30pm PT // 2:00-3:30pm EDT. What changes would the CHOICE Act make to the CFPB? How would these modifications impact the Bureau’s work and what would that mean for the communities you serve? How can we take action to ensure that consumers have the protections they need?

Professional Development Webinar: Join ASBC for “Hone Your Message and Work with the Media to Get It Out” on May 25, 2017 from 10:am PT // 1pm ET. Learn how to make the strongest arguments for your policy agenda and best practices in working with the media.

DIY Economy Event: The Initiative for a Competitive Inner City bring the Inner City Capital Connections (ICCC) to California and kicks off with an event in Oakland. The ICCC program provides free training, education and mentorship to small businesses to build their capacity and access to capital. Join for the Oakland ICCC kick off breakfast on Wednesday, May 31, 2017 from 8:00-10:00am at the .Oakland Marriott City Center, Junior Ballroom, 1001 Broadway, Oakland, CA. Kaiser Permanente and ICIC leaders will present this dynamic partnership to promote local economic vitality, key to the Total Health of our communities.

Professional Development Opportunity: BALLE has opened the application process for their 2018 BALLE Local Economy Fellowship program. Applications are accepted on a rolling basis (so apply early!) from February 2017 until the cohort is filled. Applicants can expect to be notified of their first round status (finalist, declined, or still under review) within 4-6 weeks of receipt of your application.